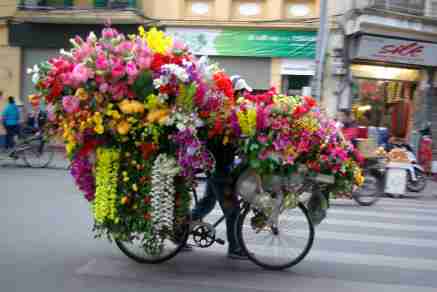 It took less than one month for the draft new Money Laundering Regs to come into force, but I struggle to see how many of the additional burdens loaded onto our shoulders have anything to do with minimising the risks of money laundering.

I realise that I can be guilty of seeing insolvency work as somehow special.  However, the inability or refusal of legislation drafters to recognise that insolvency office holders do not have client relationships with the entities/individuals over which they are appointed means that the ever-increasing AML burdens feel so pointless and nonsensical when it comes to IPs.

I wrote as much when I responded to HM Treasury’s consultation back in June 2019 and I was pleased to see that the ICAEW had responded with many of the same concerns, including that MLR-regulated people should not be burdened with a new requirement to report discrepancies to the Registrar of Companies (see below).  But of course, HM Treasury has been required to make these changes largely to stay in line with the EU’s Fifth Money Laundering Directive (“5MLD”), so inevitably there would be no special treatment for IPs.

The new Money Laundering and Terrorist Financing (Amendment) Regulations 2019 (“MLR19”) can be found at http://www.legislation.gov.uk/uksi/2019/1511/contents/made and I think the Law Society’s summary at https://www.lawsociety.org.uk/policy-campaigns/articles/anti-money-laundering-guidance/ (scroll down for the 5MLD bit) is a particularly good one.

How Accurate are PSC Registers?

I have yet to meet anyone working in insolvency who thinks that the adoption of the new People with Significant Control (“PSC”) register was a good idea.  In the good old days, more often than not companies’ annual returns could be relied upon as a true record of shareholdings.  Now that the annual return has been replaced with the confirmation statement, we often don’t know where we are as regards shareholdings!  In addition, from what I’ve seen, many PSCs are incorrect – it seems that many directors or their agents have trouble with percentages (how difficult can it be to determine whether someone has a shareholding of “more than 50% but less than 75%”?!).

People with Significant Control include, not only 25%+ shareholders, but also anyone who otherwise exercises significant influence or control over the company.  Thus, the traditional formulaic approach to registering PSCs, which only ever seem to focus on 25%+ shareholders, does not take into consideration other signs of control, such as those exerted by shadow directors or those relinquished to the significant others of nominal shareholders.

With the abundance of PSC errors in mind, it seems to me that a new MLR19 requirement could add to IPs’ to-do list in a great deal of cases.

New Obligation to Inform the Registrar of Companies of Discrepancies

The MLR19 introduces to the MLR17 a new Regulation 30A, which requires relevant persons (i.e. IPs etc.) to:

One could argue that, as AML CDD should be completed right at the start of the engagement, we might not be certain that the register contains any discrepancy until we investigate the shareholdings, say, to draft a Statement of Affairs… and therefore knowledge of any such discrepancy does not become available “in the course of carrying out” AML duties, but rather it emerges after this point.  However, as the MLR17 require “ongoing monitoring”, such an argument is probably a little weak.

Companies House has provided guidance on reporting discrepancies on the register: https://www.gov.uk/guidance/report-a-discrepancy-about-a-beneficial-owner-on-the-psc-register-by-an-obliged-entity.

They have also provided an online form (https://www.smartsurvey.co.uk/s/report-a-discrepancy/), but, although they provide twelve categories of people who might use the form, insolvency practitioners are not listed *sigh*

What will RoC do with the information?

The MLR19 state that:

“the registrar must take such action as the registrar considers appropriate to investigate and, if necessary, resolve the discrepancy in a timely manner.”

So… an IP informs RoC that the PSC register is incorrect on a company in CVL, because someone is recorded as a between-50%-and-75%-shareholder when in fact they are the 100% shareholder.  Is it “necessary” for RoC to resolve this discrepancy?  In an insolvency, it will not make a darned bit of difference, will it?

So do IPs really need to inform RoC of the discrepancy?

Typical, isn’t it?  The Regs require IPs to go to the trouble of notifying RoC of pointless pieces of information, but the Regs give RoC a nice little get-out to avoid having to do anything about it.  What a waste of our time!

The MLR19 captures some new businesses into the MLR-regulated net.  Most will only be relevant to IPs when they are appointed over entities/individuals who are trading in these areas – letting agents, art dealers, cryptoasset exchange and custodian wallet providers – but I wonder if the widened definition of “tax adviser” may capture more non-formal insolvency work carried out by IPs themselves.

“Tax adviser” has been newly defined as:

“a firm or sole practitioner who by way of business provides material aid, or assistance, or advice, in connection with the tax affairs of other persons”.

So… you help a company or an individual to agree a TTP with HMRC in order to avoid a formal insolvency process – does this now make you a “tax adviser”?

I appreciate that some firms already put all prospective new engagements through their AML CDD process whether or not they strictly fall as MLR-regulated engagements, but I suspect that just as many other firms do not.  Now they may have to think twice.

The MLR19 widens the scope of those for whom a MLR-regulated firm is responsible for training.  As well as the MLR17’s “relevant employees”, now firms must train (and keep records of training) for:

“any agents it uses for the purposes of its business whose work is of a kind mentioned in paragraph (2)”, which covers any work relevant to the firm’s compliance with the MLR17 or which is otherwise capable of contributing to the identification or mitigation of the firm’s ML/TF risks or the prevention or detection of ML/TF to which the firm is exposed.

So… an IP instructs agents to sell an insolvent’s assets and to receive the proceeds of sale to pass on to the IP in due course.  It seems to me that, whether or not the sale transaction is caught by the MLR17*, the agents’ work could contribute to the IP’s ML/TF risks or exposure.  And… what about if you use ERA agents, who might come across ghost employees or illegal workers, surely those ERA agents also can affect your ML/TF risks and exposure?  Do the MLR19 capture these agents??

(* If you have not already read the CCAB’s draft insolvency guidance, I would recommend it – at http://ccab.org.uk/documents/20190830CCAB%20InsolvencyAppendixFDraft_18forHMT.pdf.  In brief, the draft guidance explains that only a Trustee in Bankruptcy sells their own assets – all other insolvency office holders act as agents – so, while a TiB must ensure that relevant asset purchasers are subject to AML CDD, no other office holders need “routinely” do so.  Personally, while I see the technical argument, I do wonder whether it reflects the spirit behind the Regs to allow an Administrator to sell a business for £1m without AML CDD, but to require a TiB to do AML checks on someone who wants to buy a bankruptcy asset for >€15,000.)

Jo and I have debated whether chattel agents etc. are truly agents: do they act under the IP’s delegated authority to enter into legal relations on the IPs behalf?  Even if this is a legal definition of “agent”, does this hold true for the application of the word in the MLR19?

The problem I have is that HM Treasury’s consultation was clearly not interested in agents in general.  The consultation document referred to networks of agents used in a Money Service Business, those involving “multi-layer arrangements with sub-agents who deal with frontline customers”.  But the MLR19 make no such distinction.

The MLR17 already highlighted the need for EDD and enhanced ongoing monitoring where a business relationship or transaction involves someone in a “high-risk third country”.  The MLR19 have added (new Reg 33(3A)) six elements of EDD that “must” be included in these circumstances.

In the main, these new statutory requirements are not unusual.  They include: obtaining more information on the customer, their beneficial owner, the nature of the relationship or reason for the transaction, the source of funds/wealth, and getting senior management to approve the establishing or continuing of the business relationship.

The final requirement puzzled me, though:

“conducting enhanced monitoring of the business relationship by increasing the number and timing of controls applied, and selecting patterns of transactions that need further examination”

Unless an office holder is trading (or is monitoring the trading of) the insolvent’s business, it is difficult to see how this works in an insolvency context.

Nevertheless, IPs’ systems may need to be changed in order to cover the newly-prescribed EDD and ongoing monitoring where someone established in a high risk third country is encountered.  For a more thorough explanation of this area, you may want to look at the Law Society’s guidance mentioned above.

The MLR19 include several other tweaks, which to be fair are valuable clarifications of the MLR17 and which may affect the finer points of some firms’ processes and templates.  Again, I’d recommend the Law Society’s guidance for a detailed summary.

Should IPs wait until the RPBs issue/endorse new guidance before we make changes?

The ICAEW has posted a summary of the changes primarily for accountants and has noted that the CCAB’s Guidance will be updated in due course (https://www.icaew.com/technical/legal-and-regulatory/anti-money-laundering/fifth-anti-money-laundering-directive-5mld).  The IPA doesn’t appear to have posted anything specific on the MLR19, but I expect that they too will look to the updated CCAB Guidance.  However, in light of the fact that the CCAB insolvency-specific guidance was not issued even in draft for over 2 years after the MLR17 came into force, I won’t be holding my breath.