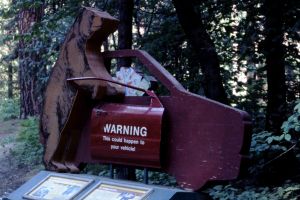 Did you wonder what the RPS was going on about when it announced (Article 54, Dear IP 64) that the recent EAT judgment would not affect its claims-processing, but it has sought advice?  Bearing in mind that the RPS gets involved some way down the insolvency process, is there anything that IPs should be taking into account right now?

I briefly described the decision of the Employment Appeal Tribunal in an earlier blog post: http://wp.me/p2FU2Z-8I.  In a nutshell, the EAT decided that the “normal remuneration”, to be used in calculating the employees’ claims for holiday pay, should include overtime that the employer was not bound to offer but that the employees were required to work (or could not unreasonably refuse to work), if requested (“non-guaranteed overtime”).

Permission to appeal was granted and it seemed widely-thought that an appeal was likely in relation to part of the EAT’s judgment, which limited claims for underpaid holiday pay to instances of underpayment not exceeded by a gap of more than three months.  However, the Unite union announced that it will not appeal (http://goo.gl/EqII77) and, as the Tribunal judge expressed the view that this issue alone was the arguable one, personally I’m not sure why the employers would pursue a further appeal.  Therefore, it seems unlikely that there will be an appeal (but I’m no lawyer).

I also mentioned in my earlier post that the government had set up a task force to assess the possible impact of the decision.

On 18 December 2014, the government announced its solution: http://goo.gl/kJ7sJu.  Unusually with no public consultation, it swiftly laid down regulations – the Deduction from Wages (Limitation) Regulations 2014 – to limit unlawful deductions claims to two years.  The regulations will come into force on 8 January 2015, although they will only take effect on claims made on or after 1 July 2015, so there is a 6-month window for claims to be lodged potentially going back to 1998 when the Working Time Directive was implemented in the UK.

It is undeniable that the Bear Scotland case precipitated these measures, although the Impact Assessment (“IA”) makes clear that the regulations will limit claims not only arising from this decision.  The IA mentions, for example, the ruling from the CJEU in the case of Lock v British Gas (see, e.g. my blog post: http://wp.me/p2FU2Z-82).  This case concluded that sales commission should be reflected in holiday pay calculations, although the UK application of this decision will not be known until the case is heard by the Leicester Tribunal, which I understand will not happen until February (http://goo.gl/ezx8Qj).

Although the regulations don’t actually affect the Bear Scotland decision, just the extent of businesses’ (and the RPS’) exposure to claims arising from the decision, the rhetoric doesn’t suggest that the government feels there is much risk that the decision might be overturned.  Then again, the regulations do simply plug a dangerous gap in the ERA96, so they are valuable whether or not Bear Scotland happened; the future is never left wanting for unexpected court decisions.

Given this background, I am somewhat surprised that the RPS has announced that it “will continue to process claims in the usual way until the expiry of the appeal period” of the EAT decision.  However, because I assume that the appeal period is largely a valuable pause in which the RPS can take advice and consider its next steps, what puzzles me a little more is: what action might the RPS take if there is no appeal?

The IA makes clear that “it is the worker’s responsibility to prove that they have a holiday pay claim in the employment tribunal”.  Thus, I would have thought that there is no obligation on the RPS – or by extension on insolvency office holders – to examine Company records to see whether past holiday pay claims have been calculated in line with the decision and, if not, look to adjust them.  However, I would also have thought that if any employees present a claim for unlawful deductions, whether to the RPS or to an IP, this could be dealt with without the need for the tribunal process, albeit quite rightly I think after the expiry of the appeal period.

But what about holiday pay claims that have not yet been processed?  Again, understandably the RPS will not want to pay out any enhanced holiday pay until the appeal period has expired.  Also, I assume, it will be for employees to make clear on their RP1s the “normal remuneration” that they expect to form the basis of their holiday pay calculation, although I don’t think that the RP1 form lends itself well to dealing with disclosure of non-guaranteed overtime – maybe another re-write is something that might appear after the appeal period has expired.

Finally, what about forms RP14A, which IPs complete to provide the RPS with basic information about employees made redundant from insolvent businesses?  The forms (I think) only ask for “basic pay”, so what should IPs be answering here?  I’m sure that IPs will not be criticised for acting on the Dear IP basis and continuing to complete RP14As “in the usual way until the expiry of the appeal period”, although personally this seems a little short-sighted to me.  If an IP were to know that employees’ holiday pay claims would be different if the Bear Scotland decision were applied, should he/she not take this into account when submitting an RP14A, at the very least alerting the RPS to the possible impact of the decision on the employees’ claims against the insolvent business in question?

Other questions arise by extension: should the IP make enquiries of insolvent business’ payroll departments to explore whether the effect of the decision has already been taken into account, or if it has not been considered, what effect it would have?

Of more concern to IPs dealing with a trading-on situation would be: how is the payroll department calculating holiday pay going forward?  IPs will not be want to be taken unawares by receiving claims for unlawful deductions long after the estate funds have been disbursed.

I also envisage this decision impacting on the TUPE obligation to provide to purchasers employee liability information, which would include any claims that the employer has reasonable grounds to believe that an employee may bring.

Of course, all this will already have been considered by ERA specialists and departments and IPs will not be short of solicitors who will be happy to advise.  Eventually also, we may receive an update from the RPS.