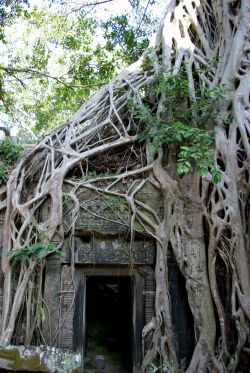 In this post, I add to my previous list of fees-related gripes and cover some issues with the new closure processes… and, as the end of the list is nearing, if anyone has any other gripes they want me to add to the list, please do drop me a line (because, between you and me, I’m struggling to come up with 50!)

On the topic of fees, I think that my last list and these additions demonstrate how madly intricate the statutory requirements are, especially for fees in Administrations and for fees based on time costs.  Is it any wonder that so many fee non-compliances arise?  And more than a few are treated by the RPBs as “unauthorised fees” issues, thus attracting the risks of fines and other sanctions.  This seems unfair as many trip-ups only occur because the Rules are such a jungle.  There must be a simpler way, mustn’t there?

I appreciate that the fees Rules were drafted in the expectation that office holders would seek approval for the fee basis up-front (although how the drafters believed that IPs would be able to put together a realistic, case-specific, fees estimate on Day 1, I don’t know).  However, I think the Rules should have been designed to accommodate the possibility that fee-approval would be sought after an IP has been on the case for some time.  After all, the fact that Administrators’ Proposals must address how the company’s affairs have been managed since appointment and the proposed fee basis indicates that even the drafters envisaged some occasions when work will have been done before approval is sought, not to mention all the tasks demanded of every office holder swiftly on appointment.

My problem is that the Rules’ language is all prospective: the fees estimate/proposal must provide “details of the work the IP and the IP’s staff propose to undertake” (Rs1.2 and 18.16(7)) and the IP must provide “details of the expenses the office-holder considers will be, or are likely to be incurred” (Rs18.16(4) and (7)).  I think that we’ve all interpreted this to mean that, if time or expenses have already been incurred, these need to be explained also – and indeed SIP9 has plugged this statutory gap – but it is a shame that the Service did not see the 2016 Rules as an opportunity to fix the flaws in the 2015 fees Rules, which had been so hastily pushed out.

The Rules don’t seem to have been written with any expectation that creditors will want to agree fees on a time costs basis subject to a cap different from that set by the fees estimate.

Firstly, although the Oct-15 Rules changed the fee basis to “by reference to the time… as set out in the fees estimate” (e.g. old R4.127(2)(b)), those final words were omitted from new R18.16(2)(b), so now creditors are asked simply to approve a decision that fees be based on time costs.

Thus, if creditors want to cap those fees at anything other than the fees estimate, they have to modify the proposed decision unilaterally… which isn’t really catered for in decisions by correspondence. In effect, the creditor is proposing their own decision, which the Rules strictly provide for as a “requisitioned decision” (R15.18), but of course office holders cut to the chase by accepting the creditor’s cap if their vote is conclusive.  The alternative is to count their vote as a rejection of the office holder’s proposed decision and start again with a new decision procedure.

R18.29 also doesn’t work here: the fee basis has been agreed as time costs, so you’re not asking creditors to change the basis (and there may be no “material and substantial change in circumstances” from that which you’d originally estimated when you’d quoted £50,000).  It seems to me that you’re asking creditors a whole different kind of question – to lift their arbitrary cap – which is not provided for at all in the Rules.

Commonly, IPs will propose a fees decision to creditors and receive no response at all.  Invariably, they will try again, often emphasising to creditors that, if no one votes, they may take it to court, thus increasing the costs demanded of the insolvent estate quite substantially.

But what if your original fees estimate was for £30,000 and then, when you go back for a second attempt some time later, you think that £50,000 is more realistic?  Or maybe your first fees estimate was proposed on a milestone basis, say £30,000 for year 1, and then you go to creditors at the start of year 2 with a fees estimate for £50,000 for two years?

Do you look to R18.30 on the basis that this is an excess fee request?  After all, you are looking to exceed your original estimate, so the scenario seems to fit R18.30(1).  However, read on to R18.30(2) and a different picture emerges: R18.30(2) instructs office holders to seek approval from the party that “fixed the basis”, so if no basis has been fixed, then R18.30 cannot be the solution.

However, while I think that this is the technical position, I have sympathy with IPs who decide to go to other creditors for fee approval even though strictly-speaking it does not seem as though this is required by the Rules.  Although clearly it costs money to seek decisions from creditors, I don’t think anyone will challenge an IP who has chosen to ensure that all relevant creditor classes are in agreement.  This would also help counteract any challenge that the Proposals had made a Para 52(1)(b) statement inappropriately, thus disenfranchising the unsecureds from having a say on the Administrators’ fees.

But what is the technical position for an Administrator who has made a Para 52(1)(b) statement, thought that they would not be making a distribution to prefs, but then the outcome changed so that a distribution became likely?

I think the technical position for this scenario does create a problem.  R18.18(4) states that the basis is fixed: (i) by the secured creditors and (ii) if the Administrator has made or intends to make a distribution to prefs, then also by the prefs (via a decision procedure).  It seems to me that overnight the question of whether the Administrator’s fees have been approved or not changes.  Originally, the Administrator thought that they only needed secured creditors’ approval, so they drew fees on that basis.  But then, as soon as they intend to make a distribution to prefs, they have no longer complied with R18.18(4).  Although it would seem mighty unfair for anyone to view the Administrator’s fees drawn up to that point as unauthorised, it certainly seems to me that the Administrator must take immediate steps to seek preferential creditors’ approval.

I have no idea why there should be these differences in the two main processes.  But what I do know is that it causes confusion on what a final account should look like… even for Companies House staff.

I don’t think that this is a misinterpretation… but I have doubted myself, not least as some IPs have complained to me over the last couple of years that Companies House has rejected their final accounts, requiring them to be re-dated to the “final meeting” or “closure” date.  I have asked Companies House twice to explain to me why they believe the final account should be re-dated… and both times Companies House conceded that there is no such requirement.  Thank you, Companies House, but would it be possible for you to avoid reverting to 1986 habits again so that, over time, we might all settle into a routine of complying with the Rules?!

I explained in Gripe no. 4 that R10.87(3)(f) seems to contain an anomaly.  It states that the final notice to creditors should state that the trustee will vacate office (and (g) be released, if no creditors have objected) when the trustee files the requisite notice with the court, but there seems to be no Section/Rule that actually requires a notice to be filed with the court.

I’m repeating this gripe here because others have been puzzled over the filing requirements when closing BKYs, especially in debtor-application cases where of course there is no court file.  Quite frankly, I don’t think any of us would care, if it were not for the fact that the trustee’s release is dependent on filing a final notice with “the prescribed person” (S298(8), S299(3)(d)).  As I mentioned previously, the person at the Insolvency Service with whom I’d been communicating seemed to express the view that “the prescribed person” is the court in creditor-petition (and old debtor-petition) cases and is the OR in debtor-application cases, but my attempts to get them to be more categoric in their response (and to explain with reference to the Rules how they reach this conclusion) have been unsuccessful to date.

It is unfair that the Act/Rules deal so unsatisfactorily with the trustee’s release and it makes me wonder if, to be certain, it would be beneficial to ask the Secretary of State to confirm one’s release in debtor-application cases where filing a notice at the court seems insensible.

When I explain to clients how I see the closure process for CVLs, BKYs and WUCs working, I sometimes hear the retort: so, you’re telling to me that I have to get everything finished before I issue my final account/report at the start of the 8 weeks, are you?  But how do I get paid for being in office over that period?

It is true that, under the old Rules, it was possible for IPs to factor the costs to close into their draft final report so that they could incur the time costs during that 8-week period and draw the fees (and deal with the final VAT reclaim) before vacating office and finalising their final report.  Under the new process, this looks impossible: in order to issue a notice confirming that the affairs have been fully wound up, it seems to me that at that point the affairs must have been fully wound up 😉

Most IPs are prepared to forgo the final costs to close a case.  Let’s face it, how many cases have enough funds to pay IPs anywhere near full recovery of their costs anyway?  But, I had to agree with my client who was disgruntled at the prospect of having to work for free from the point of issuing the final report: it does seem unfair.  But there is a simple solution: why not ask creditors to consider approving your fees to close a case as a set amount?  You could propose this at the same time as seeking approval for fees on a time costs basis for all other aspects of the case.  If your closing fees were approved as a set amount, you could invoice and draw those fees long before issuing your final account/report… and this way you could also get the VAT all wrapped up in good time as well.

But as the 2016 Rules for CVLs, BKYs and WUCs only require you to issue a final account/report and then wait 8 weeks for creditors to take any action they see fit, there seems to be no way to stop this process once it has begun.  In fact, even if a creditor objects to the office holder’s release, this does not stop the IP vacating office at the 8 weeks; it simply means that, after vacating office, the IP needs to apply to the Secretary of State for release.  The only actions that stop (or rather postpone) a closure process are a creditor exercising their statutory rights to request information or challenge fees or expenses.