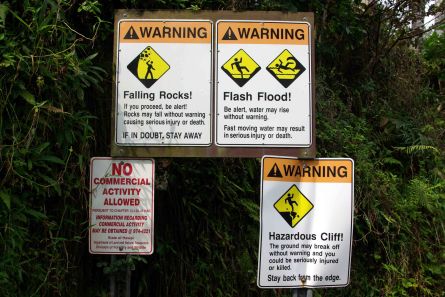 As we approach the second anniversary of the 2016 Rules – and as Scotland gears up to take a similar plunge – I thought I’d list my pet hates.  I don’t mean this to be just a whinge (no, honestly!), but rather I hope that some readers may find some nuggets in here of rules they’ve overlooked.  Who knows whether I’ll reach 50… or perhaps 150!

In no particular order, here is my first batch: what I hate about statutory notices…

The Standard Contents Rules are a real faff.  I appreciate that one or two readers may find it useful to see the company number, court reference, or debtor’s address (which address: the one where they lived at the start of the proceedings or their current one..?), but is it really worth the time spent on getting these details on every notice?  It may be relatively straightforward if you’re on IPS/Visionblue, but I pity IPs who aren’t.

And what about stating: “the section… the paragraph… or the rule under which the notice is given” (R1.29(d))?  Does anyone really want to see this?

Under the 1986 Rules, we were quite happy to include in letters information such as how to access statutory docs online, confirmation of our appointment, and dividend declarations.  Now we need to issue statutory notices… of course, including all the standard contents.

One important notice that I find sometimes overlooked is the need to issue a notice proposing a decision by correspondence vote.  In the old days, we simply issued a voting form.  Now it needs to be accompanied by a R15.8 notice… and if it is not, could it be challenged as a fatally flawed process..?

Why did the InsS see the need to introduce a new requirement that the Nominee’s consent to act (which is now a “notice”) must be sent to all creditors in a proposed IVA (R8.19(4)(d)), especially when there is no equivalent rule for CVAs?

I have two rules in this category:

What is the point of including in a pre-liquidation S100 notice that creditors who have opted out may vote or that creditors with small debts need to deliver a proof in order to vote?  Such creditors can only have opted out or be counted as small debts after the insolvency process has begun.  Common sense would dictate that we could eliminate such statements… but then the notice would not be compliant with the Rules!

It’s not all the IR16’s fault, though.  After all, how many of us were in breach of the IR86, which had similarly required that a Notice of No (Further) Dividend include a statement that “claims against the assets [must] be established by a date set out in the notice” (now at R14.36(2))?

I still cannot fathom the logic in the Rules requiring a Gazette notice for virtual and physical meetings of creditors, but not for the other decision processes.  If the objective is to give notice to unknown creditors, then surely the determining factor should not be the medium that is used to propose a decision.

Another bewildering outcome of the Rules is that you need to give notice to bankrupts of meetings (R15.14(2)), but again no notice to the bankrupt is required if you are seeking decisions by another route.

R1.45 explains that electronic delivery can be achieved where the recipient has given actual or deemed consent.  Deemed consent occurs where the recipient “and the subject of the insolvency proceedings had customarily communicated with each other by electronic means before the proceedings commenced”.  So… how did a company customarily communicate with its director before insolvency?  If an office holder wants to rely on email delivery for statutory documents such as notice for submitting a SoA in an Administration, it seems to me likely that they need to get actual consent.

And I suspect it is only a matter of time before a creditor relies on the requirement that the “electronic address [be provided] for the delivery of the document” (R1.45(2)(c)) to support a claim that e-delivery under deemed consent to an address used by the insolvent before the insolvency proceedings does not constitute delivery, as such an email address was only meant for receipt of the company’s sales invoices etc.

As acknowledged by the Insolvency Service in Dear IP 76, the Rules are silent on when delivery occurs using overseas post.  Dear IP 76 is helpful in flagging up the Interpretation Act’s direction, which leads us to calculate timelines by looking up when delivery would occur “in the ordinary course of post”.  But is it really robust guidance for the InsS to write effectively: do your best to extend timelines “if at all possible”?  Granted, some of the Rules’ timelines can become impossible (even for delivery within the UK), especially when meetings are adjourned, leaving us to contemplate the consequences of such breaches: are they simply technical breaches with no real consequences or do they threaten the validity of the proceedings?

Please don’t get me wrong, I love R1.50 delivery.  At a sweep of the hand, it eliminates enormous amounts of time and money posting documents that no one reads… although I think it is anti micro-business as some IPs don’t have the capacity to upload docs to a website.  However, it is clearly open to abuse: what is to stop an IP uploading a decision process on their website… say on approval of fees… and then, in light of the inevitable silence from creditors, giving a nudge to one or two (selected) creditors to lodge votes?

Is it any wonder that the InsS/OR keep telling everyone how much cheaper they are than IPs?  ORs have to comply with few notice (or reporting) requirements.  And the response-deadline of the only material notice that ORs do issue – on the nomination of IPs to be appointed as liquidator or trustee (R7.52 and R10.67) – is measured from the date of the notice (and is only 5 business days!), not from the date of delivery of the notice, which is the complication that all IPs live with.

Oh I wish!  Yes, indeed we do have R1.9(1)(a), which states that a document may depart from the required contents where the departure is immaterial… and interestingly this works even where such a departure is intentional!  This rule could be handy when, say, trying to deal pragmatically with creditors’ proofs of debt.  Otherwise, I wonder how many PoDs would fail to hit the prescribed contents (see, for example, gripe no. 6).  But I don’t know how it would go down if you quoted this rule to an RPB monitor who considered your notices to be flawed!

So too, from my compliance consultant’s perspective, I have to remember that IPs instruct me to tell them about statutory breaches, so regrettably where I see them – even the immaterial departures – I have to list them.  But believe me, it pains me as much as it pains you!