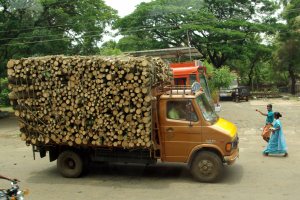 As the deadline for the Call for Evidence comes to a close, do we have any hint of what might come of it?  Can we grab this opportunity to rescue the rescue process?

Rob Haynes, in ICAEW’s economia, summarises the key issue perfectly: how does government expect IPs (and insolvent businesses pre-appointment) to meet the statutory employee consultation burdens when they must act in the best interests of creditors?  Haynes’ article ends depressingly with thoughts that the EU might influence the protection pendulum to swing even further towards employees.

As I haven’t worked on the front-line for several years, I confess that my point of view is fairly theoretic.  But if we are to persuade government to make the legislation work better for this country’s insolvencies, we need to respond to the Call and I would urge those of you with current experience to put pen to paper, please?

The Insolvency Service’s Call for Evidence, “Collective Redundancy Consultation for Employers Facing Insolvency”, which closes on 12 June, can be found at: https://goo.gl/PW2AOa.

The economia article can be found at: http://goo.gl/Jfp8CX.

As you know, this is all about the Trade Union and Labour Relations (Consolidation) Act 1992 (“TULRCA”), which requires employers to consult with employee representatives where they are proposing to make redundant 20 or more employees at an establishment.

Personally, I’ve always wondered what government hopes the employee consultation requirements will achieve, especially in insolvency situations.  The foreword to the Call states:

“The intention of this legislation is to ensure that unnecessary redundancies are avoided and to mitigate the effects of redundancies where they do unfortunately need to occur.”

Setting aside for now the realities of whether this can be achieved, if this is the intention, why does TULRCA tie in only establishments where 20 or more redundancies are proposed?  Aren’t these intentions just as valid for smaller businesses?  Does this threshold seek to recognise micro-businesses?  Maybe, although it also lets off large businesses where a relatively small number of redundancies are proposed, which bearing in mind the intention seems illogical to me.

Assuming that the threshold is intended to avoid micro-businesses carrying the cost burden of complying with consultation requirements, then this does seem to acknowledge that, in some cases, the cost to the employer is a step too far.

But who carries the cost burden in insolvency situations?  At present, the NI Fund.  If the government were to act on calls to elevate the priority of these claims, it would impact on the recoveries of creditors, or perhaps even the Administrators’ pockets if it were made an Administration expense.  Would that persuade insolvent companies/IPs to continue trading in order to consult, even if there were no realistic alternative to redundancy?  Even if trading-on were possible, it still doesn’t make it right to continue trading at a loss simply to meet the consultation requirements.

And would a change in protective award priority achieve the intention described above?  Would it avoid unnecessary redundancies or result in more redundancies, as IPs run shy of taking appointments where their options boil down to: achieve a going concern sale with most of the employees intact (but we’d rather you didn’t do a pre-pack to a connected party without an independent review) or you don’t get paid at all?  And where does this leave the skills of IPs to effect rescue and restructuring strategies?

The House of Commons’ Committees’ report, “Impact of the closure of City Link on Employment”, just pre-dated the Service’s Call for Evidence.  Although the subject had been bubbling away for many years, this case may have been the light on the blue touch paper leading to the Call.

The report – at http://goo.gl/BNx5MH – covers much more ground than just TULRCA, but here are some quotes on this subject:

“We are greatly concerned that the existing system incentivises companies to break the law on consultation with employees.”

These reflect comments by the RMT (City Link went into Administration on 24 December):

“They… were preparing contingency plans from November. Surely at that point they should either have made the thing public, in which case it would have given more prospective buyers time to come forward, or at least given the Government bodies and the union time to consult properly with their members and represent their interests. None of this was done.”

“they deliberately flouted that [the consultation period]. They can do that, because you and I as taxpayers pick up the tab for the Insolvency Service. It is absolutely disgraceful.”

Fortunately, the Committees acknowledged the position of Administrators:

“Once a company has gone into administration, it is likely to be the case that they will be, or will be about to become, insolvent and the administrator will not have the option to allow the company to continue to trade for the consultation period.”

The Committees’ conclusion was:

“When considering the consultation period in relation to a redundancy, company directors may feel they have competing duties. We recommend that the Government review and clarify the requirements for consultation on redundancies during an administration so that employees understand what they can expect and company directors and insolvency professionals have a clear understanding of their responsibility to employees.”

Does this conclusion suggest that the Committees were swayed by the RMT’s argument, that, although directors may feel they have competing duties, in fact their duties are aligned as there may be advantages in coming out with the news earlier?  The Committees also seem to be questioning IPs’ levels of understanding of their responsibility to employees.  Although they seem to recognise an Administrator’s limited options, they also believe that the system incentivises curtailed consultation, rather than seeing it as entirely impractical.

I hope that sufficient responses to the Call for Evidence address these misconceptions.  If they don’t, responses in the vein of the RMT’s comments may monopolise ministers’ ears.

Here are some of the more spicy questions in the Call for Evidence:

As this is a Call for Evidence, the Insolvency Service is looking for examples and experiences, even when they are asking for an opinion.  I am sure that many IPs and others in the profession can report a host of examples illustrating powerfully the realities and justifiable strategies in trying to make the most of an insolvent business, demonstrating that efforts to avoid redundancies certainly do feature highly in IPs’ minds.