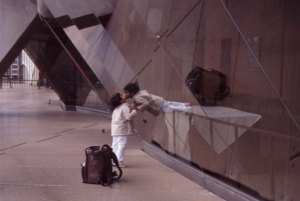 I’m sure that your hackles were raised when you last heard IPs described as seeing a distressed debtor only as an opportunity to make money.  Many of the suppliers’ responses to last year’s consultation on proposed Essential Supplies legislation struck a similar chord.

In this post, I take a look at some of the more persuasive consultation responses as well as the emerging Insolvency (Protection of Essential Supplies) Order 2015, set to come into force on 1 October 2015.

The consultation responses and the draft Order can be found at: http://goo.gl/N4Tg3c

The government press release is at: http://goo.gl/Ta0KOw

The key issue for most suppliers is that supplying to an unpredictable business, such as one administered by an office holder in an insolvency situation, could end up as seriously loss-making for them.  Not knowing for how long or how much energy an insolvent business is going to need carries huge consequences for suppliers, as they have to purchase (or sell excess) power on short term markets that trade at very different prices.  If the supplier cannot pass at least some of this cost to the customer, they will be trading at a significant loss.

Some suppliers referred to the “deemed contract rates”, which apply to supplies where a contract is not in existence and thus applies in some cases where an IP does not agree to a post-appointment contract.  These rates inevitably are higher than contract rates as the consumer can switch to another supplier at any moment, and thus some suppliers took exception to the suggestion that these, as well as other post-insolvency changes to manage risks, such as requiring more frequent payments or upfront deposits, in effect are “ransom” payments.

Many respondents predicted that, if they were prohibited from taking action on formal insolvency, suppliers might take precipitative action when a business shows signs of financial distress.  Others felt that the increased risks would be shared by customers with poor credit ratings and new start-ups, with some suggesting that it might even be difficult for these businesses to procure a contract.

The topic of personal guarantees threw up a variety of comments.  Some suppliers seemed to confuse these with undertakings that the supply would be paid for as an expense.  Several asked the Insolvency Service to provide a standard form of words for PGs, as they can take a lot of time and effort to agree.  Some suggested that it would save time if the IP simply gave the PG – or undertaking – within a specified timescale, rather than build into the process the need for the supplier to ask for one.

Some suppliers were sceptical that an IP could support a call on the PG, leading to requests that IPs provide proof of their assets or credit insurance and, if the supplier is not satisfied, then the supply could be terminated.  Some also asked that PGs be supported by the IPs’ firms, which led one to suggest that IPs from smaller firms may have difficulty persuading suppliers that the PG was adequate.  Some were nervous about the without-notice withdrawal of a PG or undertaking with one respondent stating that the PGs should have effect for the whole duration of the administration.

Many said that the proposed timescales to terminate the supply were too long: respondents are well aware of IPs’ reluctance to agree PGs and therefore felt that the 14-28 day period for suppliers to learn of the appointment and to give the office holder time to sign a PG could end up being effectively a free supply to the insolvent business, with several suggesting that the IP could design things this way whilst having no intention to seek to secure a longer supply.  Many also said that they would need to get a warrant to be able to terminate the supply, which would require leave of court (in administrations), thus lengthening the process considerably.

The suppliers argued that they might not learn of the appointment until at least 14 days after commencement, which under the old draft Order would have left them already out of time to request a PG.  I was surprised that several suppliers seemed to believe that office holders were under no clear obligation to tell them about the appointment, which no doubt is behind Jo Swinson’s reference to the need for guidance (see below).  Some suppliers did accept that office holders might have difficulty identifying energy suppliers, especially when dealing with a large number of properties.  Personally, I have also seen IPs encounter difficulties getting past the front door of some suppliers, with day one correspondence getting thrown back because an account cannot be located.

Some noted that the Impact Assessment pointed the finger more at key trade suppliers and IT suppliers (so, suggested one, why not simply wrap these suppliers into the existing statutory provisions?) and thus they questioned whether affecting how energy providers deal with insolvent businesses will deliver the projected fewer liquidations.  “The proposal to change the right of only certain, specified companies to freely contract with one another, appears to be both disproportionate and an unjustified distortion of contractual law” (RWE npower).

The merchant service providers came out in force, their principal argument being that their “charges”, which is the focus of the Order, fade into insignificance when compared with their exposure to the risk of chargebacks, especially when payments have been made by customers for goods/services (to be) provided by an insolvent business.  Thus, the requirement that the merchant services continue to be provided on the existing terms for the 14-28 day window prior to obtaining a PG – and even after obtaining a PG, if that were even possible – was simply unbearable.

Worldpay’s response sets out the way that, at present, they believe the system works well.  They seek an indemnity to be paid as an administration expense for any chargebacks, including any arising from pre-administration transactions, and they also look to agree “an administration fee with the insolvency practitioner to reflect the significant time incurred in managing the administration”… but Worldpay “does not demand ransom payments”.

The responses indicated that the Insolvency Service was to meet with the merchant service providers shortly after the consultation had ended and clearly they succeeded in convincing the Service of their concerns, as the scope of the Order has now been changed so that it does not extend to “any service enabling the making of payments”.

IPs and others involved in insolvency made – and repeated – some valuable observations about the draft Order, which regrettably have not been taken up.  In some cases, this is because the issues are really with the long-passed Enterprise & Regulatory Reform Act 2013, but it also gives the impression that, once legislation has been drafted, it is extremely tough to get it amended.

R3 and KPMG asked that the scope of the new legislation be widened to encompass other supplies, such as software licences and information systems, and they struggled to see why only administrations and VAs are within the scope: omitting receiverships and liquidations unhelpfully restricts the ability of these insolvency tools to achieve better outcomes for all.

The City of London Law Society Insolvency Law Committee (“the Committee”) noted that the draft Order deviated unhelpfully from provisions covering the same territory in the Investment Bank Special Administration Regulations 2011 and the Financial Services (Banking Reform) Act 2013 (“the SIs”).  Why the difference in rules?

The Committee cast doubts over the “practical and logistical issues” surrounding the PG provisions, highlighting that IPs could encounter demands for PGs from a number of suppliers in the crucial initial days of an appointment.  It “strongly encourages” the government “to reconsider the approach and, if at all possible, to amend Section 93(3), so that the ability to request a personal guarantee is restricted to the utilities currently covered by Section 233 IA”.

The Committee’s quid pro quo suggestion was that the legislation should mirror the SIs mentioned above and provide explicitly for all post-administration supplies to rank as administration expenses, suggestions also made by R3.  Interestingly, the government press release stated that “suppliers will be guaranteed payment ahead of others owed money for services supplied during the rescue period”.  This doesn’t seem to relate to the effect of PGs, as this is covered separately in the press release, but I don’t see where this super-priority for suppliers appears in the statute.

As a last resort, the Committee suggested the production of a pro forma guarantee to save precious time, especially considering that a number of suppliers of varying degrees of sophistication may be seeking PGs.

Unsurprisingly, R3 had strong words for the PG regime: “The provisions allowing a supplier to require a personal guarantee by the office holder are also inappropriate.  This was and is an unwelcome feature of the existing 233 legislation, as it is disproportionate.  In principle, there is no reason why a supplier should enjoy a greater level of comfort from an insolvency officer holder than it would from the directors of a solvent trading company…  No supervisor is likely to give one.”

PwC referred to PGs as “an anathema to most IPs” and its preference seems to be that all possible options remain open for negotiation by the parties.  In its response, PwC stated that “circumstances will remain where the payment of a deposit and/or a higher ‘on price’ are commercially more appropriate, and the IP should retain the discretion to negotiate case by case, supplier by supplier”.

There seem to be several concerns about the detail of the draft Order, concerns that I think have survived even the post-consultation revision:

The Order is scheduled to come into force on 1 October 2015.  The current draft differs from the earlier consultation draft in the following respects:

I know that Giles Frampton, R3 President, has said: “These proposals will make it easier for the insolvency profession to save businesses, save jobs, and get creditors as much of their money back as possible”.  I’m not sure that I can be as positive, but a surprising outcome of the consultation for me was a greater understanding of some of the hurdles faced by suppliers.  IPs are not the only ones who want to see businesses (/customers) survive.