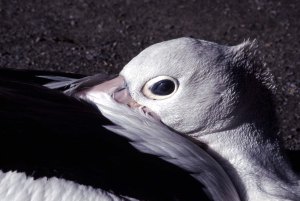 The Insolvency Service’s work on the modernisation of the Insolvency Rules has appeared swan-like: to the outside world, the project seems to have drifted on serenely, but I get the feeling that those on the inside have been paddling furiously.  I set out here how the tome has been developing, as described in an update received from the Service last week.  Please note that this project is work in progress and the items as they are described below may evolve yet further before the Rules are finalised.

The Service reports that their consultation, which closed in January 2014, generated over a thousand policy and drafting points for consideration.  Their target remains to have a new set of Rules commencing in April 2016, although they are seeking to publish finalised Rules in autumn 2015 so that all of us who will be applying the Rules can get our houses in order for the big day.  That means that the Insolvency Rules Committee will need to be provided with the bulk of the new Rules to review in spring 2015.

The Service has endeavoured to keep those of us who have expressed a particular interest in the project informed and engaged in the process of developing the draft Rules, holding meetings to discuss related chunks and following this up with “we’d appreciate your comments on…” email exchanges.  Personally, I have been impressed by these efforts, although I have been conscious that such meetings and exchanges barely scratch the surface.  Although we might expect many Rules to remain intact, I envisage that the “simple” task of ensuring consistency throughout as regards, for example, notice requirements wraps in and has a knock-on effect on a whole host of interconnected Rules.  That Herculean task of dealing with the detail is left to the Insolvency Service team and, once the ever-changing impact of other government reviews and Bills is factored in, I can see why the Rules project has a projected 2016 end point.

Good on the Service for taking the opportunity to propose some changes that were bound to upset some people!  The Service’s recent update illustrates the value of consultation, as they have reported that consideration of consultation responses has resulted in some proposed changes of direction:

The consultation responses have led to further proposed changes to the draft Rules:

I found that last item particularly interesting.  It was not until I came to scrutinise the Rules – both draft and existing – when I was looking at the consultation that I saw quite how confusing the provisions are.  When considering the impact of connected (or associated) creditors’ votes, I’d had the idea that these connected votes are stripped out and then one looks at which way the remaining unconnected creditors were voting: if more than 50% (in value) of those voting were voting against the VA Proposal, then the Proposal was not approved.  However, I recently realised that this is not what the current Rules say.

Rule 1.19(4) (and similarly R5.23(4), the IVA equivalent) states that “any resolution is invalid if those voting against it include more than half in value of the creditors, counting in these latter only those –
a) to whom notice of the meeting was sent;
b) whose votes are not to be left out of account under [rule 1.19(3)]; and
c) who are not, to the best of the chairman’s belief, persons connected with the company.”

“The creditors” that forms the denominator in this fraction does not relate to creditors voting, but effectively to creditors entitled to vote. This is supported by Dear IP (chapter 24, article 13). Thus, chairmen should be looking, not simply at the majority of unconnected votes cast, but whether the votes cast rejecting the Proposal amount to more than half of the total of unconnected creditors’ unsecured claims.

Now, it may just be me who has misunderstood this all this time (and I hasten to add that I have not had cause to look carefully at this Rule probably since my exam days).  However, I suspect I am not alone, as the draft new Rule dealt with this matter in exactly the same way, but in plainer English, which seemed to make the consequence far more stark and this resulted in quite some debate at the Service-hosted meeting that I attended as to exactly how the requisite majority rule should operate.

I am not sure whether the new draft Rules will follow the current Rules – or if it will reflect how I suspect many of us have been reading it for many years – but I am pleased to hear that the language used will be revisited so that hopefully it will be unequivocal.  As the Administration equivalent – R2.43(2) – clearly refers to total creditors’ claims, not only creditors voting, I suspect the new VA Rules will be consistent with this design.

The Service has also described some areas that are still in the process of being explored.  In responding to my request that I share the Service’s update publicly, I was asked to make it very clear that this is – all – still work in progress and, particularly as regards the following items, the Service is still in inviting-comments-and-reflecting mode and they should not be treated as settled policy.

I greeted with disappointment the news that, as some of the Administration consent requirements are contained in Schedule B1 of the Act, the Rules’ Administration approval requirements are unlikely to depart from the Act’s model.  In other words, where all secured creditors’ approvals are required for a matter, this is likely to be repeated in the new Rules.  I am pleased to note, however, that the Service has heard the complaints of difficulties in persuading some secured creditors to engage.

The Service seems to be a little more sympathetic to IPs’ difficulties when it comes to persuading preferential creditors to vote.  They are reflecting on what exactly is meant by the approval of 50% of preferential creditors etc. (for example, in R2.106(5A)): does this mean that at least one pref creditor needs to vote or does 50% of zero equal zero..?  Whether or not the new Rules will allow Para 52(1)(b) fees to be approved on a zero pref creditor basis, it seems very likely that a positive response will be needed, if not by a pref creditor, then by a secured one.

So what about the old chestnut: do paid creditors get a vote?   For some time even before I had left the IPA, this debate has rumbled through many corridors.  The current Rules present a problem: if one views a “creditor” as someone who had a claim at the relevant date, then, as an example, R2.106(5A) may be difficult to achieve.  How do you get a secured creditor who has been paid out to respond to a request to approve fees?  The key may be to seek their approval pdq on appointment before they are paid out, but what if that doesn’t happen?  Do the Rules really require their approval?  It hardly seems in the spirit of the Rules to give a creditor, whose debt has been – or even is going to be – discharged in full, the power to make decisions that could affect someone else’s recovery.

The Service has considered whether it might be possible to define creditors in the Rules to overcome this difficulty.  At present, however, their conclusion is that, largely because of existing provisions defining certain “creditor”s and “debt”s in the Act, seeking to resolve this via the Rules will be difficult to achieve.

The Service’s proposals regarding progress reports appear more promising.  Several people have commented that the government’s drive to reduce costs in the insolvency process seems at odds with the ever-increasing, e.g. via the 2010 Rules, level of prescription around certain requirements such as the timing and content of progress reports.  Already, the courts seem to have improved the default position of the current Rules when it comes to block transfers of insolvency cases: I understand that more often than not courts are now making orders that disapply the Rules’ requirements for progress reports by departing office holders and the re-setting of the reporting clock to the date of the transfer order (which, if not so ordered by the court, would have the unfortunate consequence that the incoming office holder would need to produce a progress report on all of his transferred-in cases on the same day each year/six months).

The Service is currently considering the following proposals:

Phew!  It’s good to see that much progress has been made – the ugly duckling is already showing signs of maturing into a reasonably-looking bird – and I wish the team all the best in their labours of coming months.

One thought on “The Insolvency Rules Modernisation Project: an ugly duckling no more?”