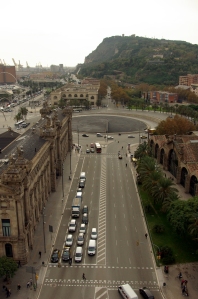 In April 2014, HMRC released a Business Brief – 13/14 (http://www.hmrc.gov.uk/briefs/vat/brief1314.htm) – which R3 circulated to its members on 1 May 2014. The Brief seemed pretty self-explanatory as regards future cases, but I have seen no commentary about how IPs should be handling cases where VAT deregistration has already taken place. I summarise below HMRC’s responses to my queries.

Scenario 1: a company became VAT deregistered after it had gone into liquidation and the liquidator (prior to the Brief) sold its assets on a plus VAT basis. What happens now?

The issue arising from the recent legal advice is that the asset purchaser may encounter difficulties reclaiming input VAT on the sale. In that event, it is likely that the purchaser would be told by HMRC to go back and obtain a valid invoice to evidence the sale and that would mean reinstating the VAT registration if possible. But HMRC will address this issue on a case by case basis as and when the situation arises. HMRC does not propose to revisit historical cases on mass nor does it expect IPs to do so.

Scenario 2: as a consequence of this Brief, an IP reviewed his caseload and identified some cases with assets as yet unsold, but they fall below the VAT registration threshold (of £81,000), so he does not propose to look at re-registering the insolvent entities for VAT. However, if then he sells the assets exclusive of VAT, can he still recover (via a VAT426) any VAT input on the costs incurred in selling those assets?

The rules around the VAT 426 process are set out at Section 7 of the Insolvency VAT Public Notice 700/56 (http://goo.gl/WYkYxs) and the clarification provided in the Brief has no impact on this process.

Where VAT deregistration occurred after the IP’s appointment, although VAT426 claims should be considered on a case by case basis, the fact that some asset sales did not attract VAT because deregistration had occurred should not affect the IP’s ability to submit a VAT426 claim to recover the VAT input on the costs incurred.

Okay then, what about cases that have been deregistered for VAT where the unsold assets are over the VAT registration threshold? How does an IP go about re-registering the business for VAT?

Contact the National Insolvency Unit Helpdesk. The contact details for the Helpdesk are included at Section 1.4 of the Insolvency VAT Public Notice 700/56 (http://goo.gl/WYkYxs).

In the past, HMRC has issued VAT168 notices to IPs warning them that, unless they object, deregistration will take place automatically after 7 days. Given the difficulties that can be caused through a business deregistering prematurely, will HMRC change its approach to progressing automatic deregistration?

It appears that the VAT167 and VAT168 deregistration enquiries will still be issued. Under VAT legislation, HMRC is entitled to cancel a VAT registration without the registered person’s express consent, but only where HMRC is “satisfied” that the criteria for registration no longer applies (Paragraph 13(2) of Schedule 1 of the VAT Act 1994). That judgment will be based on evidence in HMRC’s records concerning assets on hand etc. On receiving a deregistration questionnaire, if the IP still anticipates supplies being made in terms of continued trading or (more likely) asset realisation, then HMRC would expect the IP to inform them at that point. The VAT registration will then be kept open.

The Brief suggests that legal advice has merely clarified the position that has existed for some time, so this could mean that there are a host of historic cases of assets sold post-deregistration on a plus VAT basis. Does HMRC expect IPs to revisit these cases and take action to amend the position to that set out in the Brief?

Only if that proves necessary in order for a VAT registered purchaser of assets from an insolvent business to recover input tax. As explained in the answer to question 1 above, HMRC is neither proposing nor requesting a mass resurrection of historical cases. But reinstatement of a VAT registration may prove necessary on a case by case basis where a purchaser of assets encounters difficulty reclaiming input tax. Hopefully the number of such cases will be relatively small. The intention of Brief 13/14 is to try to reduce the number of such cases to zero going forward.

My huge thanks to Steve Taccagni, Insolvency Policy Adviser at HMRC, for answering my questions so comprehensively.