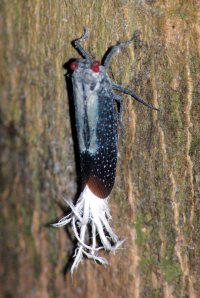 Have you ever wanted evidence-based answers to the following..?

• Which RPB issues the most – and which the least – sanctions?
• What are the chances that a monitoring visit by your authorising body will result in a sanction or a targeted visit?
• How frequent are monitoring visits and is there much difference between the authorising bodies?
• Do you receive more or less than the average number of complaints?
• Are there more complaints now than in recent years?

Of course, there are lies, damned lies, and statistics, but a review of the past six years of Insolvency Service reports on IP regulation provides food for thought.

The Insolvency Service’s reports can be found at: http://www.bis.gov.uk/insolvency/insolvency-profession/Regulation/review-of-IP-regulation-annual-regulation-reports and my observations follow. Please note that I have excluded from my graphs the three RPBs with the smallest number of IPs, although their results have been included in the results for all the authorising bodies combined. In addition, when I talk about IPs, I am looking only at appointment-taking IPs.

Regrettably, I haven’t worked out how to embed my graphs within the text, so they can be found here. Alternatively, if you click on full article, you will be able to read the text along with the graphs.

How frequently can IPs expect to be monitored and does it differ much depending on their authorising body?

The Principles for Monitoring set out a standard of once every three years, although this can stretch to up to six yearly provided there are satisfactory risk assessment processes. The stated policy of most RPBs is to make 3-yearly visits to their IPs. But what is it in reality and how has it changed over time? Take a look at graph (i) here.

This graph shows that last year all RPBs fell short of visiting one third of their IPs. However, the Secretary of State fell disastrously short, visiting only 8% of their IPs last year. I appreciate that the Secretary of State expects to relinquish all authorisations as a consequence of the Deregulation Bill, but this gives me the impression that they have given up already. Personally, I would expect the oversight regulator to set a better example!

Generally-speaking, all the RPBs are pretty-much in the same range, although the recent downward trend in monitoring visits for all of them is interesting; perhaps it illustrates that last year the RPBs’ monitoring teams’ time was diverted elsewhere. Fortunately, the longer term trend is still on the up.

What outcomes can be expected? The Insolvency Service reports detail the various sanctions ranging from recommendations for improvements to licence withdrawals. I have amalgamated the figures for all these sanctions for graph (ii) here.

Hmm… I’m not sure that helps much. How about comparing the sanctions to the number of IPs (graph (iii) here).

Firstly, I notice that the IPA has bucked the recent downward trend of sanctions issued by all other licensing bodies, although the longer term trend for the bodies combined is remarkably steady. I thought it was a bit misleading for the Service report to state that “the only sanction available to the SoS is to withdraw an authorisation”, as that certainly hadn’t been the case in previous years: as this shows, in fact the SoS gave out proportionately more sanctions (mostly plans for improvements) than any of the RPBs in 2009, 2010 and 2011. Although ACCA and ICAS haven’t conducted a large number of visits (30 and 25 respectively in 2013), it is still a little surprising to see that their sanctions, like the SoS’, have dropped to nil.

However, the above graphs don’t include targeted visits. These are shown on graph (iv) here.

Ahh, so this is where those bodies’ efforts seem to be targeted. Even so, the SoS’ activities seem quite singular: are they using targeted visits as a way of compensating for the absence of power to impose other sanctions?

The Insolvency Service’s report includes a graph illustrating that the number of complaints received has increased by 45% over the past three years, with 33% of that increase occurring over the past year. My first thought was that perhaps the Insolvency Service’s Complaints Gateway is admitting more complaints into the process, but the report had mentioned that 22% had been turned away, which I thought demonstrated that the Service’s filtering process was working reasonably well.

So the current level of complaints isn’t unprecedented, although why they should be so high at present (or indeed in 2008), I’m not sure. It also appears from this that the IPA has more than its fair share, although the number of IPA-licensed IPs has been growing also. Let’s look at the spread of complaints over the authorising bodies when compared with their share of IPs (graph (vi) here).

Interesting, don’t you think? SoS IPs have consistently recorded proportionately more complaints. Given that the SoS has no power to sanction as a consequence of complaints, I wonder if this illustrates the deterrent value of sanctions. Of further interest is that the proportion of complaints against IPA-licensed IP has caught up with the SoS’ rate this last year – strange…

Moving on to complaints outcomes: how many complaints have resulted in a sanction and have the RPBs “performed” differently? Have a look at graph (vii) here.

At first glance, I thought that this peak reflected the fact that fewer complaints had been received – maybe the actual number of sanctions has remained constant? – so I thought I would look at the actual numbers (graph (viii) here).

Hmm… no, it really does look like the number of sanctions increased in years when fewer complaints were lodged. However, I’m sceptical of this apparent link, as I would suggest that, in view of the time it takes to get a complaint through the system, it may well be the case that the 2012/13 drop in sanctions flowed from the 2010/11 reduction in complaints lodged. I shall be interested to see if the number of sanctions pick up again in 2014.

Going back to the previous graph, personally I am reassured by the knowledge that in 2013 the RPBs generally reported a similar percentage of sanctions… well, at least closer than they were in 2010 when they ranged from 2% (ICAEW) to 38% (ICAS).

The ICAEW’s record of complaints sanctions seems to have kept to a consistently low level. However, let’s see what happens when we combine all sanctions – those arising from complaints and monitoring visits, as well as the ordering of targeted visits (graph (ix) here).

Hmm… that evens out some of the variation. Even the SoS now falls within the range! Of course, this doesn’t attribute any weights to the variety of sanctions, but I think it helps answer those who allege that some authorising bodies are a “lighter touch” than others, although I guess the sceptic could counter that by saying that this illustrates that IPs are still more than twice as likely to receive a sanction from the IPA than from ICAS. Ho hum.

To round things off, here is a summary of all the sanctions handed out by all the authorising bodies over the years (graph (x) here).

This suggests to me that targeted visits seem to have gone out of fashion, despite monitoring visits generally giving rise to more sanctions than complaints… but, with the hike in complaints lodged last year, perhaps I should not speak too soon.