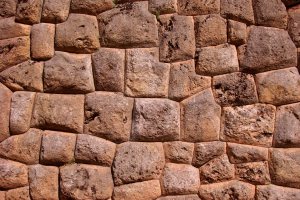 In an earlier blog post – http://wp.me/p2FU2Z-3I – I covered the judgment in the Outer House of the Court of Session, which decided that the joint liquidators were entitled to disclaim onerous land and abandon water use licences.

The Scottish Environment Protection Agency and others appealed to the Inner House with the outcome that the previous decision was recalled and the court directed that the liquidators do not have the power to abandon or disclaim the sites or the statutory licences. The consequences seem to go further than that, however, as this decision indicates that the post-appointment liabilities arising under these statutory regimes will fall as liquidation expenses.

To summarise the issue facing the liquidators: the Scottish Coal Company Limited (“SCC”) carried out open cast coal operations on some of its sites under licences granted under the Water Environment (Controlled Activities) Regulations 2005 and 2011 (“the CARs”) and permits issued under the Pollution Prevention and Control (Scotland) Regulations 2000 and 2012. The costs of continuing to meet the terms of these licences and permits were running at c.£500,000 per month. If the liquidators’ only option in escaping these were to comply with the terms of surrender, the cost would be several million pounds.

The judgment runs to 162 paragraphs and is challenging in many respects. To do it justice, I thought I’d give this its own post. I think the key bases for the court’s decision can be summarised as follows.

If a trustee can abandon property, why can’t a Scottish liquidator?

The original decision arose in part from consideration of S169(2) of the Insolvency Act 1986, which states that “in a winding up by the court in Scotland, the liquidator has (subject to the rules) the same powers as a trustee on a bankruptcy estate”: as a Scottish trustee has power to abandon heritable property (S32(9A) of the Bankruptcy (Scotland) Act 1985), so too, it was thought, should a Scottish liquidator. On appeal, the Inner House examined whether this trustee power does not translate into a liquidator’s power to rid himself of onerous property. Strictly speaking, a trustee does not abandon the property, but only “any claim to the debtor’s share and interest … in the property. No transfer of ownership is envisaged. Rather, the trustee gives up what… is a personal right to acquire ownership of (that is, a real right in) the property” (paragraph 117). When the trustee abandons this right, the property remains in the ownership of the bankrupt.

Now try applying that power to a liquidator: “Unlike the situation of a trustee, who obtains a personal right to acquire ownership of the bankrupt’s heritage upon vesting of the sequestrated estate, a liquidator acquires no such right. The company’s property, whether moveable or heritable, does not vest in him at all” (paragraph 121), thus the liquidator cannot “abandon” property in the same way as a trustee can, as he does not hold the “personal right to acquire ownership” of the property. The company remains the owner throughout. “From a practical point of view, the liquidator may elect, in certain circumstances and with appropriate sanctions, not to realise certain property, whether moveable or heritable; or he may be unable to realise it. If that remains the position as at dissolution, then so be it… The property, however, does not become separated in any legal sense from the company’s general assets in advance of that dissolution” (paragraph 123).

So, if a liquidator cannot abandon the sites, what about the licences?

The judges looked at the provisions contained in the CARs as an example of a statutory regime governing some of the many licences that the liquidators were seeking to abandon. Under the CARs, “simply by assuming the role of, for example, liquidator, the insolvency practitioner concerned becomes ‘the person who is responsible for securing compliance with the terms of [any CARs] licence’ granted to the company” (paragraph 129). “By virtue of it having applied for and been granted a CARs licence, SCC incurred onerous obligations to avoid the risk of adverse impact on the water environment and to leave it in such a state that it complies with the relevant environmental legislation. These obligations subsist notwithstanding the cessation of any or all activity on the part of SCC and, in particular, any controlled activity. Moreover, by virtue of the very clear terms of regulation 2(1) of the CARs, which as already noted include a liquidator within the definition of ‘responsible person’, those obligations are incumbent upon the liquidators” (paragraph 133).

As a Scottish liquidator has no express power to disclaim onerous property, “whether a Scottish liquidator has power specifically to abandon a CARs licence, and thereby bring an end to its onerous conditions, must depend on the terms of the CARs and the relevant licences” (paragraph 136). The CARs contain no such provision for abandonment, but instead they provide specific mechanisms for releasing a licensee, including surrender. Therefore, either the liquidator pursues a surrender – accepting the expensive conditions attached to it by SEPA – or the licences continue until the liquidators vacate office and the company is dissolved.

Ok, if the liquidators cannot disclaim the licences, can they at least avoid the obligations arising from them falling as liquidation expenses?

The judges considered the intended purpose of the CARs: “Where, as here, the relevant legislation was enacted to implement an EU Directive, it is taken to be the legislative intention to achieve the purpose of the Directive… As already noted, the CARs were made under section 20 of the 2003 Act, which was enacted in order to transpose the Water Framework Directive into domestic law. The Water Framework Directive is extensive in its scope and ambitious in its objectives. Its purposes include, for example, the establishment of ‘a framework for the protection of inland surface waters, transitional waters, coastal waters and groundwater which: …ensures the progressive reduction of pollution of groundwater and prevents its further pollution’ (art 1(a)). Where an insolvent company will in due course be dissolved, enforcing a statutory licence against a liquidator affords at best only temporary and imperfect environmental protection. Nevertheless it would seem to be beyond argument that the broad interpretation of the CARs will better achieve the desired result. As a consequence, SCC’s environmental obligations will be treated as liquidation expenses, thereby giving them priority over other obligations” (paragraphs 142 and 143).

They also pointed to other “persuasive factors in favour of giving pre-eminence to the policy of maximising environmental protection over the policy of the expeditious and equal distribution of available assets among the unsecured creditors of an insolvent company”, such as the decision in Re Mineral Resources, which included that “the interest in the protection of the environment should prevail over the interest in fair and orderly winding up of companies” (paragraph 144).

But, bearing in mind that an English liquidator may seek to disclaim a Scottish site or licence, doesn’t this overstep the mark of matters reserved to Westminster?

The judges thought not. “The purpose of the CARs as a whole, and the provisions relating to a liquidator in particular, is an environmental one. Neither the CARs as a whole, nor the provisions relating to liquidators, have as their purpose an insolvency objective. The effect on liquidators of companies possessing a CARs licence is no more than a loose or consequential connection. In all the circumstances, those provisions of the CARs which are said to restrict the power of a liquidator cannot be said to relate to reserved matters. They are, accordingly, not outwith the competence of the Scottish Parliament by reason of section 29(2)(b) of the [Scotland] 1998 Act” (paragraph 156). True, “the CARs have an effect on the practicalities of insolvency. However, more than that is required in order to place them beyond the devolved competence of the Scottish Parliament. If, contrary to the views expressed above, the CARs have modified the law on reserved matters (and in particular any of those aspects of the law of corporate insolvency which are listed under head C2 of schedule 5 to the 1998 Act), it remains the case that any such modifications are incidental to, and consequential on, provisions in the CARs relating to environmental matters, which are not reserved, and only to an extent that is necessary to give effect to the environmental purpose of the CARs” (paragraph 160).

So can an English liquidator disclaim a Scottish site or licence?

“An English liquidation may involve disclaimer of property held anywhere in the world and the liquidation process, and any final dividend upon dissolution, may proceed accordingly. However, the manner in which heritable property is actually disposed of is a matter to be determined by the lex situs (the law where the property is situated). Whatever the powers of a liquidator may be in terms of the law under which the liquidation is processed, the property will not transmit from the company unless that is achieved in accordance with the law applying where the land is located” (paragraph 126).

Therefore, the Inner House reversed the earlier decision and directed that the liquidators do not have the power to abandon (otherwise disclaim) the sites or the statutory licences.

Some commentators have hinted at the prospect of a Supreme Court appeal.

Personally, this outcome leaves me with the following questions:

• If the costs of meeting the ongoing obligations under such statutory licences rank as a liquidation expense, could companies involved in potentially environmentally-damaging, licensed, activities in Scotland find that their access to credit dries up?

• Although English liquidators have specific power to disclaim onerous property – and I don’t know how the English equivalent of the CARs are worded – how does this stack up against legislation implementing an EU Directive, which presumably is felt by all of the UK, with the overriding objective of environmental protection?