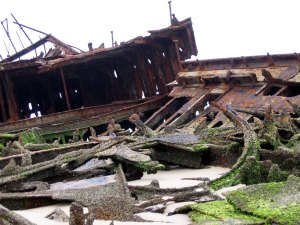 I really do want to write about all the changes the Scottish Government is proposing to make to personal insolvency north of the border, but every time I think I’ve got a handle on it all, the AiB produces something more! So for now I’ll have to settle for some case summaries:

Another failed administration application results in a winding up order

So where did it all go wrong this time..?

• HHJ Simon Barker QC stated that there was no explained basis for one of the applicant’s expressed belief that the company could be rescued as a going concern. He stated that the forecasts, which were prepared (or perhaps only submitted) by “an experienced insolvency practitioner”, were “merely numbers on a piece of paper and of no greater evidential value than that” (paragraph 17).
• The judge stated that the strategy proposed by the second set of proposed administrators (nominated by the major creditor, as an interested party to the application) was “with all due respect, no more than an outline of the sort of tasks that administrators would be focusing upon in any administration, it does not appear to be tailored in any way to the particular position of the company” (paragraph 18).
• The judge also saw no evidence “that the creditors are at all likely to benefit either from a rescue or from any dividend in the event that the company is placed in administration” (paragraph 20), but the evidence did include a statement that the asset realisations likely would be swallowed up by the costs of the administration.
• As there were no secured creditors and no evidenced preferential creditors (and even if there were any, they would be highly unlikely to receive a distribution), there was not even a prospect that the third administration objective might be achieved.
• Consequently, although the judge accepted that the threshold set by Paragraph 11(b) of Schedule B1 of the Insolvency Act 1986 “is not a high one; it is simply not crossed. The circumstances of this case serve as a reminder that insolvency alone is not sufficient to engage the jurisdiction for an administration order to be made, and further that the requirement of paragraph 11(b) of Schedule B1 is not a mere formality capable of being satisfied by assertion unsupported by cogent credible evidence sufficient to enable the Court to be satisfied that, if an administration order is made, the purpose of administration is reasonably likely to be achieved” (paragraph 23).

What was the outcome in this case? The judge had contemplated adjourning the application to enable further evidence to support the suggestion that the company could be rescued to be presented, but he noted that “the essence of an administration is speed and that is made clear at paragraph 4 of Schedule B1 – ‘The administrator of a company must perform his functions as quickly and efficiently as is reasonably practicable’. Delay should be completely contrary to the purpose of an administration” (paragraph 25). Although no one had been bidding for a winding-up order, that is what the judge decided to do: Paragraph 13(1)(e) empowered him to treat the application as a winding-up petition. He also contemplated ordering that the OR be appointed provisional liquidator, but he ended up appointing the major creditor’s nominated IPs.

The postscript to this case: the provisional liquidators generated asset realisations far in excess of that previously estimated, presumably with the prospect of a dividend to creditors, after all. Although that’s a positive outcome of course, it is a shame that the funds could not be distributed to creditors without incurring Insolvency Service fees as an expense of the winding-up.

Yet another failed administration application

This case isn’t really in the same league as the other three rejected administration applications I’ve mentioned, but it highlights an interesting hiccup for the applicant.

The sole director issued an application for an administration order, but before it was heard, two shareholders made themselves directors, validly in the court’s opinion. These new directors opposed the application, taking the view that there was a possibility that the company could trade out of its difficulties. Although Mr Justice David Richards was satisfied that the court had jurisdiction to make the administration order on the basis that, on the face of it, the company could not pay its debts and that an administration purpose was achievable, he did “not think it right in all the circumstances to take that step” (paragraph 17) that day and dismissed the application.

Is there any point in issuing proposals to creditors on a case whose rationale has already been explained to the court (for it to make an administration order in the first place) and when the company is to be moved swiftly to CVL? HH Judge Purle thinks not.

I should qualify that: in this case, the restructuring of four companies was to take place via administrations followed, within a few days, by Para 83 moves to CVL so that some onerous liabilities could be disclaimed. In Purle J’s view, these circumstances gave rise to a reasonable excuse for not complying with the statutory requirements to issue proposals and convene creditors’ meetings, “to avoid the pointless expense” (paragraph 5).

Whilst I’m sure that, in the context of these cases, unsecured creditors are not feeling hard done by – maybe they’re content not to have any information regarding the events leading to insolvency or the financial condition of the companies, which would have been provided in administrators’ proposals or in a S98 report in a standard CVL – but the principle just doesn’t sit well with me. Something else I find surprising is that the court seemingly granted the administration orders purely on the basis that the speed with which the process could be carried out, when compared with that to hold a S98 meeting, meant that the administrations were likely to achieve the objective of a better result for creditors as a whole than on winding up. It also seems to me that Purle J was too focussed on the long-stop timescale of proposals being 8 weeks “by which time the company will be in liquidation” (paragraph 4), whereas, as we all know, Para 49(5) requires the proposals to be issued “as soon as reasonably practicable after the company enters administration”. Having said that, I note from Companies House that the CVL was registered three days after the administration, which, given that the Form 2.34B has to reach Companies House first, does seem extremely fast work, so perhaps I should be applauding this case as demonstrating a novel and successful use of the administration process.

The Times sought access to the court file on the bankruptcy of Mr McNamara, an Irish property developer, on the basis that the circumstances surrounding his and his companies’ amassing of debts of some €1.5 billion and his justification for his COMI being in England were matters of public interest.

Mr Registrar Baister noted that there have been no cases dealing with the permission of someone who was not party to the insolvency proceedings to have access to the court file, as provided in Rule 7.31A(6), introduced to the Insolvency Rules 1986 in 2010. However, he drew up some principles based on the leading authority on access to court documents (R. (on the application of Guardian News and Media Limited) v City of Westminster Magistrate’s Court, [2012] EWCA Civ 420), which he felt applied to proceedings of all kinds, including insolvency proceedings and which he hoped would assist courts consider requests for permission under R7.31A(6) in future:

“(a) that the administration of justice should be open, which includes openness to journalistic scrutiny;
(b) that such openness extends not only to documents read in court but also to documents put before the judge and thus forming part of the decision-making process in proceedings;
(c) that openness should be the default position of a court confronted with an application such as this;
(d) however, there may be countervailing reasons which may constitute grounds for refusing access;
(e) the court will thus in each case need to carry out a fact-specific exercise to balance the competing considerations” (paragraph 23).

In the circumstances of this case, Registrar Baister stated: “It is entirely appropriate for the press to seek to delve into the mind of the registrar (to the extent that it can) and to comment on what the court has done or appears to have done. The bankruptcy tourism question remains very much alive and is a legitimate matter of public interest in this country, in Ireland, in Germany and in Europe generally” (paragraph 36). Consequently, he granted the Times access to the court file of McNamara’s bankruptcy.